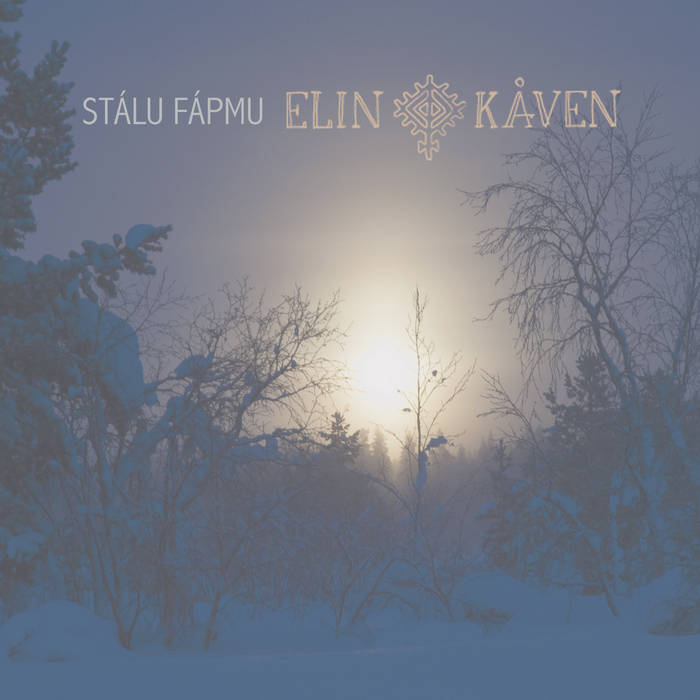 "The reason why I wanted to make a christmas song is that when I was a child I remember christmas as a very positive time of the year. It was dark season, so it was constantly dark outside, so we lit candles and spent alot of time together with my family inside playing games, making christmas decorations, bakery and toys and gifts of course.

As an adult the christmas celebration has changed alot for me. Shops start earlier and earlier to sell christmas items and here in Norway its almost like a contest who gets most presents and who gets the most exphensive gifts. Year after year I asked myself "do even people know why we do this? Do they even know why we have this holiday? The reason for christmas, what it is about? But if they don´t know.... do I know?"
I was longing for my childhood christmas experience.

I started looking into what my christmas soon would be about, what the sami way of celebrating christmas was. How did sami people celebrate christmas, what are the sami christmas traditions? Unsurprisingly I found that the sami people did not celebrate christmas before christianity took over. The only thing we would celebrate is the vinter-solstice. December is in the middle of dark season, and this is the season where the sami myhtological creature "Stállu" is out on a journey. Therefore it was natural for me to write about Stállu."
-Elin Kåven

Arctic Folk Pop.
Elin Kåven is a Sami singer, songwriter from Karasjok, northern Norway. She created her own genre described as a “Arctic Folk Pop”. She has toured in twelve different countries and has been the finalist in several music competitions and been nominated/won music awards. Her fascination for mythology and naturecreatures has got her the name “The Arctic Faery” from her audience. ... more

Bandcamp Daily  your guide to the world of Bandcamp